This Lane Cove apartment complex built approximately 15 years ago was discovered to have weep holes partially blocked with cement and were not allowing moister to penetrate through the exterior walls causing internal mould build up throughout the complex. The staining along the weep holes were due to the weep hole being blocked. The cavities between the external and internal brick walls were blocked with the original builder’s rubble. In addition, there were not sufficient vents placed on the exterior of the building walls at the time of original construction.

Base Building and Projects worked with both Strata Management and owners to undertake remedial works which included the removal of bricks from the exterior walls above the weep holes to clear rubble from the cavities. All weep holes were cleared of cement/mortar, installation of additional vents to exterior walls at each level of building were also included. The result of these works resulted in improved ventilation and complete mould reduction. 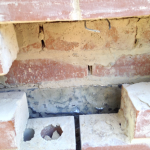 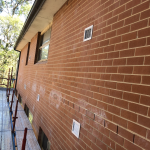 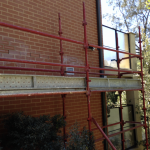